It's all about mediation! – A blog by Prof. Dr. André Niedostadek, LL.M.

Nearly one year ago a new Mediation Act came into force in Turkey. Neşe Önder explains some key aspects.

Neşe, can you give is a brief overview about how mediation has developed in Turkey in the past?

Mediation is and has not been a dispute resolution method frequently used and widely known in Turkey. The official recognition of mediation did not take place until 7 June 2012, the enactment of the Turkish Mediation Act on Civil Disputes (“the Mediation Act”), which entered into force on 23 June 2013.

How do you consider the situation and acceptance of mediation Turkey today?

As explained above, mediation is not known very well and has not become an important part of the dispute resolution culture in Turkey. The Mediation Act, which entered into force in July 2013, contains certain provisions to encourage the choice of mediation, such as encouragement by the court at the preliminary hearing, advantages with respect to legal dues in addition to general advantages of mediation such as liberty to determine the procedural rules, confidentiality etc. The Ministry of Justice has also established a special Chamber for Mediation for the supervision and promotion of mediation, although it will certainly take several years for this ADR method to establish and be understood among the Turkish business and legal community.

Nearly one year ago the mediation act came into force in Turkey. It is similar to other known mediation laws. But there are also specifics?

The scope of the Turkish Mediation Act is limited to civil disputes, including those with a foreign element, which are at the parties’ disposal. There is no mandatory but only voluntary.mediation. Courts shall encourage but not force the parties to mediation. Furthermore only lawyers with minimum five years of legal practice can work as mediators. As lawyers, mediators are also prohibited from all activities that can be considered an advertisement.

If the parties come to an agreement, they may request an annotation from the relevant court on the enforceability of this agreement. Such annotation gives the agreement the power of a court judgment. The examination for enforceability will be limited to enforceability and suitability for mediation. The application to the court for such annotation – and appeal against such decision on annotation – as well as stamp dues applicable to settlement agreements has been subjected to fix fees, the amounts of which are rather ignorable when compared with variable fees based on the amount of the dispute.

Can you give us an overview how to become a mediator in Turkey and how are mediators organized in Turkey?

According to Article 19 of the Mediation Act, all mediators in Turkey shall be registered with a certain registry to be kept by the Chamber of Mediation under the Directorate of Legal Affairs of the Ministry of Justice. The requirements for registration are Turkish citizenship, a Turkish law degree and a minimum of five years legal practice, not being condemned of a crime committed deliberately, completion of the relevant mediation education program and success in the exams held by the Ministry of Justice. Since the entrance into force of the Mediation Act, currently various education programs have started to run.

What will be the major challenges for mediation in Turkey in the near future from your point of view?

The biggest challenge for mediation is its lack of popularity in Turkey. It is not a well–known concept even among the legal community. The awareness of the public and the legal community needs to be raised through e.g. media campaigns as well as the encouragement of judges and lawyers. Similarly, it will be a further challenge for some time to find experienced registered mediators. Although due to considerable delays and inaccuracies of court judgments litigation is not an attractive way of dispute resolution, cultural challenges towards negotiation and compromise may be another hurdle standing in the way of mediation.

Neşe, thanks for this interview. 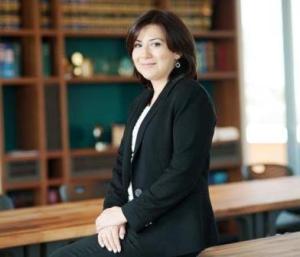 Neşe Önder is currently continuing her role as Of Counsel at  the Commercial & Corporate Law Department of Gün + Partners law firm in Turkey. Her practice includes general commercial law and liability disputes with a particular focus on insurance and reinsurance.

2 thoughts on “Mediation in Turkey – Five Questions to … Neşe Önder”